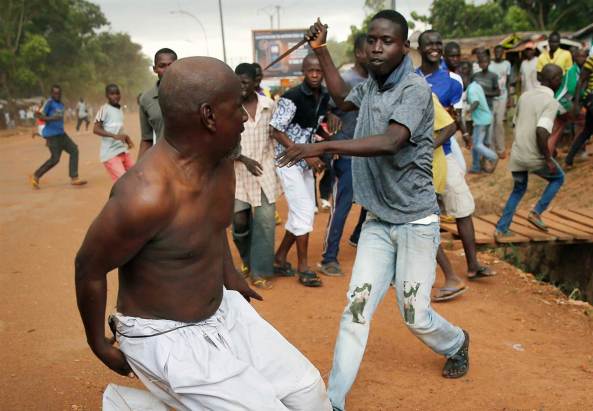 Rampage
A Christian man chases a suspected Seleka officer in civilian clothes with a knife near the airport in Bangui, Central African Republic on Dec. 7. The CAR was plunged into turmoil in March when an alliance of Seleka rebels, who are from the country’s Muslim minority, seized power and went on a months-long rampage of looting, raping and killing. Both Christian and Muslim mobs went on retaliatory lynching sprees as French forces deployed to the capital to ease the tension. The Seleka man was taken into custody by French force who fired warning shots to disperse the crowds.